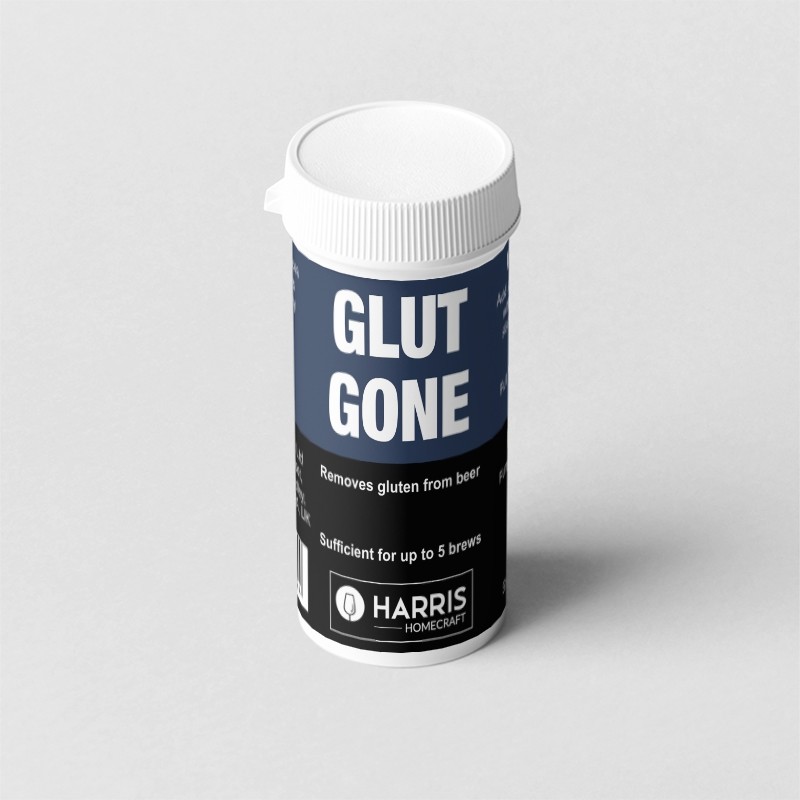 Glut Gone is suitable for use in combination with all types of brewing malts. Simply add one phial into a 40 pint (23l) brew in your fermenter at the same time as the yeast. Glut Gone significantly reduces the gluten content in beers made from Barley and Wheat to levels below 20ppm (This is the FDA and international threshold for brewing to be considered “gluten free”. Technically, the term gluten free is applied to beer brewed with naturally gluten-free ingredients. For beers brewed with gluten-containing ingredients and then treated with Glut Gone to achieve gluten levels below 20ppm, they are labelled “gluten-reduced”

The market for gluten reduced beers has grown significantly to cater for those who are gluten sensitive or live a gluten free lifestyle out of choice. Glut Gone offers significant benefits for these consumers without compromising on the final taste. It is highly recommended that a batch of your beer which has been treated with Glut Gone is tested before drinking (using a test such as the EZ Gluten test) if you are battling with Celiac.